On Sunday 27th June 2021, it was 50 years since Richard Gillings was ordained priest in Chester Cathedral. He served as a priest in the Diocese of Chester in various parishes including Althrincham, Stockport, Birkenhead and Bramhall. He had many diocesan roles finishing with Archdeacon of Macclesfield. During this time Richard and Kathryn had bought a home in Boat of Garten and since retiring here, he has been sa busy as ever.

Despite Covid regulations we managed to have a celebration at St John's when Richard was presnted with gifts to comemmorate the occasion.

Below is a selction of photographs taken on the day. Please click on each item for a larger view.

This is what Richard had to say following the service.

I was almost lost for words ( well almost!).Last Sunday was amazing. A quiet Eucharist to make the exact fifty years since I was ordained priest. Under the present restrictions there was no possibility of anything too grand ; not that such would have been my scene!!.As usual inspiring music and enthusiastic singing.

After the service came a real   surprise. Numbers almost doubled as folk turned up for ‘a little celebration ’Even some had made the dangerous journey from Grantown to Rothiemurchus!! A massive thanks to all who made it.

I was completely ill- prepared for the cards, the gifts, and very generous words that were offered. All I can say is a massive thank you for all this and for the privilege of ,to date, ten years of ‘retirement ministry’.Actually I’ve never really  seen this as retirement but as  another step on one’s journey for God. Many, many thanks 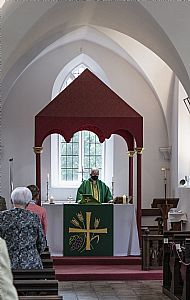 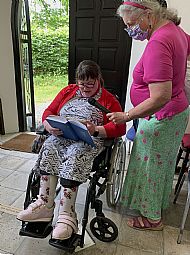 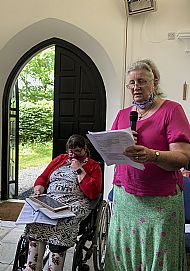 cutting the cake before sharing 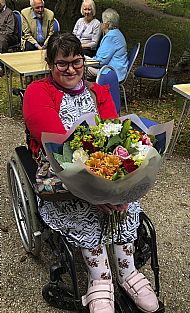 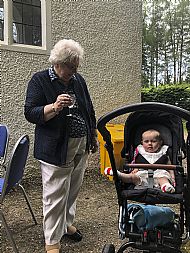